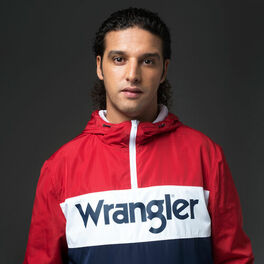 by Glades, Lijpe, Ali B

by Ali B, Boef, Ronnie Flex

by Ali B, Numidia, Ronnie Flex

Waar Praten We Over

Beats On A String

by Ali B vs The Jungle Brothers

There’s little Ali B hasn’t done in his enduring career, but personal growth has always been at the top of his priority list. Since the release of previous album ‘Petje Af’ ten years ago, the platinum-selling rap artist made his debut as a television producer through his ‘Ali B Op Volle Toeren’ (awarded with a Zilveren Televizierster), became a husband and father, and found himself seeking musical depth and innovation. That journey got him in touch with Pat Pattison, a songwriting grandmaster with whom he set out to explore every game-changing aspect of his craft. With album singles such as ‘Ik Huil Alleen Bij Jou’ (feat. Diggy Dex), ‘Glimp Van De Duivel’ (feat. Nielson), ‘Dat Is Money’ (feat. Ronnie Flex) and ‘Terwijl Jullie Nog Bij Me Zijn’ (feat. Ruben Annink), the The Voice Of Holland coach and TRIFECTA label boss sold platinum and notched up millions of streams across Spotify and YouTube. And if that wasn’t enough, Ali B went on to claim his tenth Top 10 hit in the Dutch Top 40 chart with ‘Voy a Bailar’ (feat. Boef & Rolf Sanchez), proving that there’s more than enough musical juice left in him to ensure personal growth as well as remain one of the rap scene’s main men for years to come.