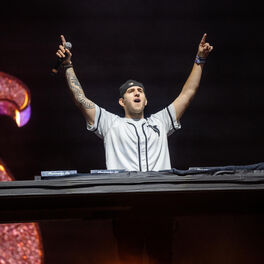 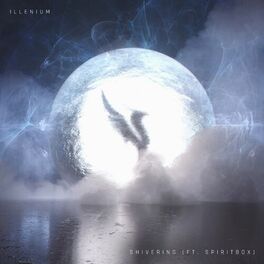 by ILLENIUM, Thirty Seconds To Mars

by ILLENIUM, Excision, I Prevail

All Out Viral Classics

Illenium is the stage name of Nicholas D. Miller, a chart-topping DJ and award-winning remix artist whose music combines elements of trap, dubstep, and future bass. Although in Chicago, Illinois, on December 26, 1990, he grew up in San Francisco, California, where he began producing his own music at 17 years old. He later moved to Denver, Colorado, and released the self-titled Illenium EP in 2013. A follow-up EP, Risen, was released one year later. Following a number of remixes for artists like Lana Del Rey, Odesza, and Kaskade, he charted at Number 6 on the Billboard Top Dance/Electronic Albums chart with his debut album, Ashes, in 2016. He also created a popular remix of Flume's "Say It," which was released that September and won "Remix of the Year" at the inaugural Electronic Music Awards in 2017. That same year, Illenium partnered with vocalist Daya and fellow DJ Gryffin for the gold-selling EDM hit "Feel Good," which charted at Number 17 on the American dance charts. His sophomore album, Awake, arrived before the year's end, peaking at Number 3 in the US and confirming Illenium's status as a top-tier DJ. Two years later, the singles "Crashing" and "Pray" both climbed to Number 3 on the US Hot Dance/Electronic Songs chart, with the full-length Ascend following later that summer. Ascend proved to be Illenium's biggest release to date, with two tracks — the Jon Bellion duet "Good Things Fall Apart" and the Chainsmokers collaboration "Takeaway" — both earning platinum status in the US. Nominated in three categories at the 2020 Billboard Music Awards, Ascend was followed by 2021's Fallen Embers, which featured the Top 10 dance hits "Nightlight," "Paper Thin," and "Sideways."