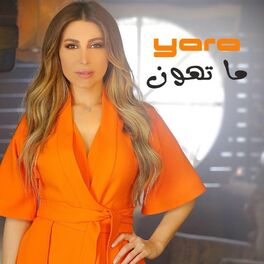 Carla Nazih al-Berkashi known as Yara , is a Lebanese pop singer in the Arab world. She won the music competition broadcast on LBC "Kass el-Nojoum" in 1998 for which she had made a name by singing "Awedak". She was discovered by Lebanese composer Tarek Abou Jaoudeh. Tarek became her producer, and also chose her stage name, "Yara". Being his protege, he composed most of her first singles, including "Hob Kbir". Her first album, Twassa Feyi was released in 2005. The singer also works as an ambassador for the Lebanese Red Cross.