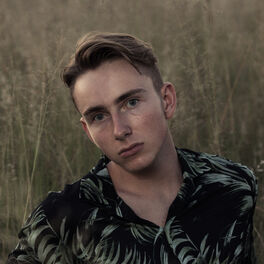 A MILD CASE OF INSOMNIA

I Heard That It Burns...

The Mountain of Gold

Josh Middleton is a 16-year-old, singer, songwriter, and pop sensation from South Africa. Born with an ear for music and pure passion for performing, Josh has been singing since the mere age of 5. Josh originally focused on covering songs on YouTube and in August 2018, he released three “throwback” covers which ended up going viral on the popular social media platform, Instagram. Altogether his covers Call Out My Name / Earned It by The Weeknd, Clown by Emeli Sandé and Supermarket Flowers by Ed Sheeran have honed over 3 Million views on Instagram. Since the release of his first single You Know in November 2016, Josh has earned two Number 1 hits on radio stations across South Africa. Josh is regarded as one of the youngest artists to enter the Shazam Top 100 SA, peaking at Number 21 with his single Monster. In October 2018, Josh released his debut album Never Give Up which debuted at Number 3 on the (Pop) iTunes Top Charts. After the albums success, Josh announced that he’ll be embarking on his first UK and European Tour where he performed to sold out shows in Liverpool, London, Falmouth, Frankfurt, Paris, Zurich and Southampton. ​Josh is set to become one of South Africa’s biggest up and coming artists at just 16-years-old. This is only the beginning. Instagram - www.instagram.com/joshmiddletonsa Website - www.joshmiddletonsa.com