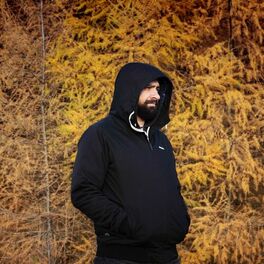 Old Man and the Sea

After the Rain - Schole Compilation Vol.4

After the Rain - Schole Compilation Vol.4

German musician Jochen Tiberius Koch releases his first full-length album on Schole Records (Akira Kosemura, Dakota Suite, Quentin Sirjacq). The album was produced with an inspiration from a book “Walden; or, Life in the Woods” written by the American author/philosopher Henry David Thoreau. For almost three years he put the brakes on the perfidy of the fast-paced life emerging at the time and fled into the woods of Concord in order to find fulfilment. He extensively and charmingly chronicled his experiences in his classic work “Walden” in 1854. Still today, humankind has not succeeded in abolishing the envy felt towards entire civilisations – a good reason to take a look at Thoreau’s philosophy. Leipzig composer and sound artist Jochen Tiberius Koch has taken the basic idea of deceleration and created a memorial in honour of Henry D. Thoreau featuring drawings with a beautifully magical flair. Miniatures swaddled in delicate melancholy, not forgetting orchestrated bombast, right over to electronic glitches: that’s how the woods might sound.This stylistic device manages to construct even a cosy scenario nestled among centuries-old trees, deep ravines and the chirping sound of birds. Shall we go for a stroll through the woods together? We’ll certainly not regret it; we might even take a sceptical look at the view of our fading present – to not stand in the way of advancement but to see things cautiously, positively. Jochen has self-released 2 EPs under different name “Autumn Of Pækward”, which he plays a characteristic spacy synthesizer sound, and the album “Walden” is be the new release since then. In his new release, some similarity in sounds from his previous releases can be heard, but more classical elements with an elegant sound of piano and strings bring the emotions in the calmness of ambient electronica music background. A film director, actor, and narrator Dieter Bellmann performs poetry reading very impressively in “The Bean-field”. Jochen explains why he chooses Dieter as “His voice is dark and ephemeral, and his voice is perfect to read ‘Walden’”, and his solemn and deep voice invites listeners into the story. “The Ponds”, the beautiful harmony of arpeggio sounds of piano and Willy Son’s clear voice echoes throughout a Walden Lake. “Brute Neighbors”, with the whispering voice of Manfred Kroog and the layered string sounds brings a melancholy of autumn season. At last, “Spring”, Fräulein Laura’s angel voice expresses a sign of warm spring in a forest.