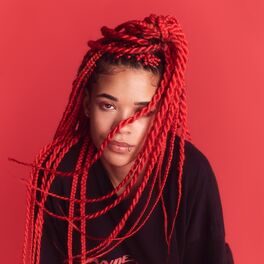 Soundtrack To A Death

“I've always felt like an outsider. My music is just me embracing my weirdness?” - Bonzai   Inspired by club sounds, rave attitude and R&B vocals, Bonzai is an eclectic artist. You might hear notes that chime with the crisp production of SOPHIE or Rustie but equally you will get classic indie hooks and layered harmonies straight out of the Destiny’s Child playbook. In reality, Bonzai’s music is joyous and emotive club music to move your whole body to. Listening in, it’s no surprise that the 20-year-old Irish native cites the elaborate, expressive music of MIA, Santigold and FKA Twigs as influences, and when she speaks of what she loves about her favourite female artists (“They’re fun and creative and not doing it for anyone but themselves”) she could so easily be describing himself. Bonzai's ear for production was flexed early thanks to her drummer father and she attributes her obsession with female vocals to her mother who played Sade, Erykah Badu and “a lot of gospel music” in the house. It wasn’t until later that she felt inclined to manipulate the kind of R&B vocals she grew up hearing in her own music, but she says it was her formative years that gave her a grounding in the “different ways emotion can play out on a record. I think all the hours on Soundcloud played a part”.   It’s was also her early years growing up in Wicklow, Ireland that she first noticed feeling like an outsider as one of few mixed race people in her area (her mum is African American and her father White Irish). "When I look back I can see that maybe the kids weren’t used to it because there weren't many black people around” she says. “Like, they would just do stupid shit that I didn’t think about until later. It was only when I came to London that I realised what it’s like to live with black people in a community. You can hear the shift in my music as I used all those experiences”. While in Ireland, she honed her performance skills thanks to weekend busking in her local town centre. “Every weekend we would go and busk all day in different spots. At Temple Bar, we’d go there at night from like 9 until whenever, and there you’d find me, singing covers of like Aretha Franklin, Florence and the Machine.” (Her Aretha was the biggest money maker). This uncompromising spirit of making her voice heard is a theme in her career to date. After leaving Dublin at 17 she found work first in bars and restaurants and then finally as a backing singer for singer/songwriter Nao. It led to her make her first EP ‘Royah’ in 2015, which was a slow creep into the music industry, but one that didn’t go unrecognised by DJs like Annie Mac who picked it up and supported it on the airwaves. Her follow up EPs ‘Sleepy Hungry’ and ‘Lunacy’ released over the next year were critically acclaimed across the board, featuring as Annie Mac’s Hottest Record In The World (again) and earning her support everywhere from Pitchfork to Vogue to Pigeons and Planes. All the while during her gentle climb through the underground ranks, Bonzai has been fronting Mura Masa’s show (as lead vocalist/rapper/hype man) and it was only when she sold out her own 1,000-capacity homecoming show in Dublin that she realised she wasn’t going to have time for both ventures. Having dedicated herself to Bonzai there is no stopping her. 2017 might well be her year.