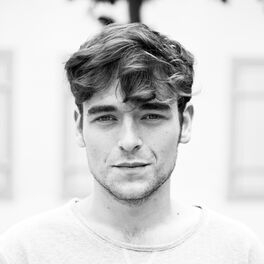 Colours and Their Things

A Bargain Between Beggars

Just Tell Him It's Over

Emil Landman's debut album 'Colours And Their Things' will be released by V2 Records this autumn. The songs were sparked by stories Landman collected on a journey that took him through Nashville, New Orleans, Memphis, Oklahoma City and Chicago. Adventures and tall tales were transcribed into songs and recorded with producer Martijn Groeneveld (Blaudzun). 'Colours And Their Things' is the long awaited follow-up to the self-released EP 'A Bargain Between Beggars', with which Landman toured the Netherlands, Germany, Sweden, and the U.S. and performed on the Dutch number one talk show DWDD. Some people collect stamps or devote their lives to marvellous whiskeys. Emil Landman (Amsterdam, 1989) collects stories. Bold stories, amassed during his many trips across continents and condensed into songs reminiscent of Thomas Dybdahl, Ben Howard and Alexi Murdoch. Small Folk oriented songs alternated with larger full-band productions take you to the smoky bars of New Orleans, give you a whiff of a stale cup of Nashville coffee and let you witness more romance than he can seemingly handle. The majority of 'Colours And Their Things' was written in the United Stated, where he got drunk, went broke, fell in love, got soaked through in torrential rain, felt the happiest he ever felt and hit his lowest lows. Emil Landman is an explorer. VPRO 3voor12 is afire about his work, he was featured on DWDD and Radio 1, he toured with Mister and Mississippi, was part of De Popronde and has worked with Grey Reverend (The Cinematic Orchestra, Bonobo). With 'Colours And Their Things' Emil is ready to take the next step. Yet one thing stands above all: this is just the beginning of a brand new adventure.