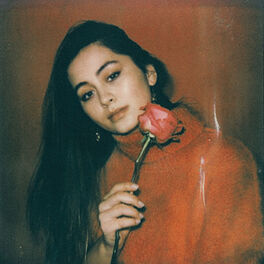 Where We Belong (The Remixes)

Another Bundle of Tantrums

Under the Willow Tree

Love For The Lonely

Jasmine Thompson is an English pop singer who began uploading videos on YouTube when she was just ten-years-old. Her 2013 release 'Let Her Go' reached number 49 on Billboard's Rock Digital Song Sales Chart and her debut album 'Bundle of Tantrums' came out the same year. A single, 'Ain't Nobody', raised her profile and she released EPs and albums titled 'Under the Willow Tree' and 'Another Bundle of Tantrums'.

She garnered international attention when she featured on a 2014 German house track titled 'Sun Goes Down' by producer Robin Schulz, which went to number two on the Germany Songs Chart and 21 on Billboard's Hot Dance/Electronic Songs chart. A 2014 cover of Chaka Khan's 'Ain't Nobody' was remixed by Felix Jaehn in 2015 and reached number one in Germany and number two on the UK Singles Chart. She featured with Skizzy Mars on Vice's 2017 track 'Steady 1234', which peaked at number nine in Germany. An EP titled 'Wonderland' came out in 2017 followed by singles 'Rise Up' with Thomas Jack and, in 2018, 'Lonely Together'.