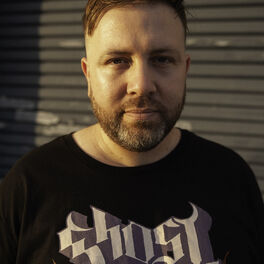 Daniel Falquez is a Colombian American artist that combines Post-Rock, Shoegaze, Metal, and Alternative Rock sounds in order to convey emotions through nature, minimalism, and positivity. Echoes is my second single, a self-produced song that navigates through different emotions that represent life itself. The ebb and flow of everyday life and the unexpected turbulence or serenity that one can find through life. Indie, my debut single, was also an instrumental song inspired by nature. I have been playing with bands for over 20 years: Emex (1999), Ramshackles (2003), Pyrojet (2005), Death Becomes One (2008), and Father of Zeus (2014). Since 2003, I have been working along with Mauricio Gómez (LAPM), founder of Tropical Punk Records, an independent punk label based in Colombia, by helping artists and bands increase their reach in Latin America. In 2021, I decided to move back to Miami to focus on my music career as I work alongside Pierre Hachar, Jr., a renowned entertainment attorney, and his team to help mainstream artists achieve their goals. With a strong metal influence, my sound can be defined as Post-Rock or Shoegaze, often found in bands like Mogwai, Russian Circles, Oh Hiroshima, Deftones, and Metallica. My purpose is to create singular or a combination of audio, visual, and written content that allows me to express myself and not be tied to a single style or genre.