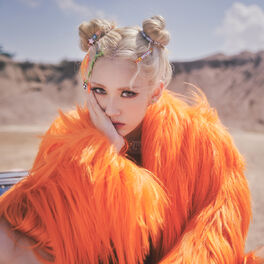 What You Waiting For

PACE TO MAKE IT

PACE TO MAKE IT

Ennik Somi Douma, aka Somi, is a singer born in Canada and raised in South Korea who garnered attention when she appeared on Korean Broadcasting System's 'Let's Go! Dream Team Season 2' and JYP Entertainment's survival programme 'Sixteen'. While still at school, she joined the girl group I.O.I. and performed on their EP 'Chrysalis' in 2016.

She co-hosted SBS MTV's 'The Show', the 26th Seoul Music Awards in 2017 and signed on for the second season of JYPE's variety show 'Sister's Slam Dunk'. She joined other cast members of a KBS show called 'Idol Drama Operation Team' using the name Girls Next Door for a single titled 'Deep Blue Eyes' and other performers from 'Sister's Slam Dunk' using the name Unnies on the singles 'Right?' and 'Lalala Song'.

After leaving JYPE in 2018, Somi signed with The Black Label and released her debut solo single 'Birthday' in June 2019, featuring the B-side 'Outta My Head'.