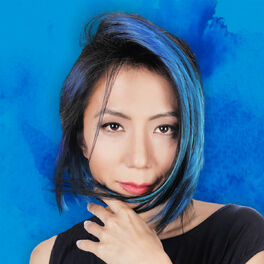 I Am a Cat

Independent, multicultural-artist, singer-songwriter Haikaa is releasing her latest album "I am a Cat" produced in the midst of the pandemic between Sao Paulo and Los Angeles. "I am a Cat" is an electronic pop album with 10 songs that encompass emotions ranging from tenderness to audacity, from vulnerability to authenticity. Upon hearing the new album a fan described it as "the encounter of a cat, Nina Hagen (German singer-songwriter) and an angel." The album is predominantly sung in English but it also contains songs in Japanese and bits in Portuguese and Latin. "I am a Cat" will be available in stores and streaming apps in the first quarter of 2021. Haikaa was born in Brazil but also studied and lived in Japan and in the US. Always seen as an outsider, she sought to discover the essence within which remained constant regardless of where she was. For Haikaa, songwriting is like being an alchemist and having the power to transform the oftentimes paradoxical emotions that comprise her essence into a melody that makes sense.