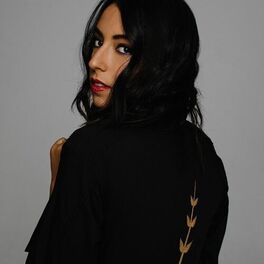 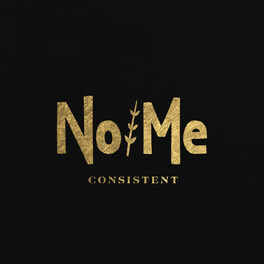 Set to appear on No/Me’s upcoming debut EP, “Consistent” unfolds in dark guitar tones and kaleidoscopic rhythms partly sculpted through her use of Middle Eastern percussion (such as the darbuka, a hand drum performed by her older brother). No/Me reveals a raw but poetic sensibility in her lyrics closely shaped by her upbringing. “Unlike most parents who sing their kids to sleep with lullabies, my father sang Joni Mitchell songs to me,” she says. “Joni Mitchell’s ‘Twisted’ was one of the first songs I knew by heart, even though I didn’t understand most of the lyrics at the time.” Later, in high school, No/Me’s English teacher introduced her to The Shins, whose intricate lyricism she spent hours deconstructing. At that time, she hadn’t begun songwriting, so she channeled her passion for music into homework assignments, comparing The Great Gatsby to “The Bends” by Radiohead, “I’d go off on that for ten pages,” she recalls. As she gears up for the release of her debut EP, No/Me is dreaming up a live show that is inspired by the elaborate setups she’s witnessed at concerts in Israel. Her past live experience includes benefit shows she organized in response to the 2016 presidential election, reflecting a deep-rooted mission to use her music as a vehicle for positive change. While her stage name is her Hebrew name, it is also meant to signify the transparent nature of her songwriting (i.e., “Get to know me”), and No/Me aims to spark that change on the most personal level. “My songs are like journal entries. They make me embrace parts of myself that are often hard to face, but also help me stop curating the facade that people would prefer to see. I hope this helps others embrace who they really are,” says No/Me.