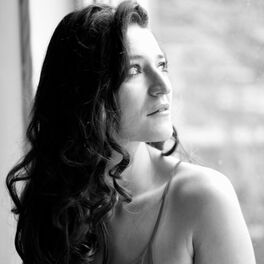 I Cover The Waterfront

French singer and songwriter Sans Elle has been a recognised vocalist to day. Winner of Jazz en Baie, semi-finalist of Montreux Vocal Competition and other French national jazz contests in 2015, she made quite a name for herself on the jazz and soul scene with the release of her debut album 'Beyond' in late 2014. Sans Elle grew up in a family fond of music, and was first introduced to classical piano - which she started studying at 6 - and to jazz by her dad. After graduating in management and working 2 years in a big French company, she decided to study jazz at IMEP, Paris and launch Jazz'N Soul projects on stage. SNCF and Havas then signed her for a compilation of 100 000 copies. In 2014, she creates her own label (SAY YAY!) and produces her debut album, Beyond. Co-arranged with Sergio Gruz, and recorded with 12 musicians from the whole globe, 'Beyond' is a collection of original songs offering a journey through Afro American music but also Latin and Indian rhythms. With a continuous love for intercultural exchanges and collaborations, Sans Elle has now come up with a second release : "Tears & Laughter". Recorded in London with English musician and producer Anthony Strong, Tears & Laughter is a classy five track EP that unveals Sans Elle's grace, tenderness and sincerity more than ever.