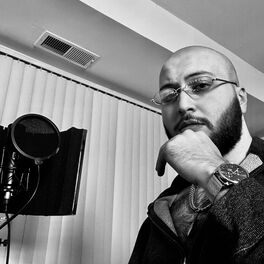 Risen from My Wounds

Husam is a Syrian-American alternative singer, rapper and producer based in Washington D.C. He is what you get when you mix lyrical hip hop, speakeasy jazz, film music and rock in a pot sprinkled with some Arab magic --- contemporary, hard-hitting, meaningful songs. He uniquely blends orchestral, hip hop and rock elements to tell powerfully evocative stories, fusing modern with traditional, you’ll hear speakeasy jazz, conscious hip-hop and electrifying Middle Eastern maqam all in the same breath. Raised in a strict household under an abusive father, music had always given him solace. Realizing that he wanted to do the same for others through music, he began his journey in 2015. Husam's mission is to make a change in his community that will ripple through every community at large. “There’s a lot of toxicity and close-minded thinking in our culture that I want to change. Art should be encouraged, not mocked. And it’s okay to be different. You don’t have to follow everybody else.”