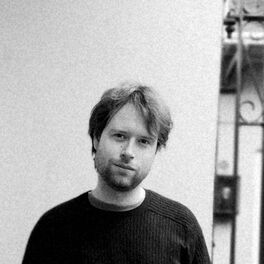 To Love Someone (For The First Time)

You Can Count on Me

English Songwriter Ralegh Long released his debut album Hoverance to critical acclaim in 2015. Leaving his adopted London, he returned to his childhood home to write an album of singular grace and simplicity, steeped in natural imagery and "Spooky pastoralism" (MOJO). Hoverance and its follow-up E.P We Are in the Fields (2016) won praise from The Guardian for their “twilit ambience and demented beauty” and from Sky Arts as "calling to mind the atmosphere of Nick Drake". His second album, Upwards of Summer, was released in June 2017 and won the HMUK and Pledge Music Emerging Artists Award. Written during a time of personal change, and recorded with his touring band - in a process that Long credits with "healing [his] relationship with music" - Upwards of Summer is a revelation. The somber string and woodwind arrangements of Hoverance are nowhere to be seen; the melodicism of his debut is instead fused with a rush of chorused guitars and mandolins in what CLASH has described as 'the sound of an artist revitalised and brimming with enthusiasm'. The album has received acclaim from Elton John, as well as UNCUT who likened it to "Rattlesnakes-era Lloyd Cole". In 2018 Long began a run of standalone singles beginning with the poignant "Am I Home" and the 'hypnotically beautiful' (Americana UK) "Super Blue Moon”