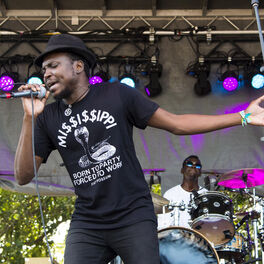 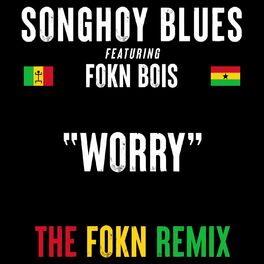 Worry (The FOKN Remix By M3NSA)

Meet Me in the City - EP

by Ras B le Génie

Live At The World Cafe, Volume 43

They Will Have To Kill Us First: Malian Music In Exile (Original Motion Picture Soundtrack)

A violent coup in the North of Mali in 2012 saw an Islamic jihadist group seize control of the area and instigate an extreme form of Sharia Law that banned music, cigarettes, alcohol and free speech. Among the musicians who fled to the nation's capital of Bamako in the south were Garba Touré, Aliou Touré and Oumar Touré, all of Songhai ethnic descent whose ancestors hail from the banks of the River Niger in Timbuktu. With local drummer Nathanael Dembélé they lifted their spirits by forming Songhoy Blues and melded together West African grooves and traditional songs with Jimi Hendrix and BB King-style blues licks.

Spotted performing by French manager/producer Marc-Antoine Moreau, they were selected to be part of Daman Albarn's Africa Express project and teamed up with Yeah Yeah Yeah's guitarist Nick Zinner on the track 'Soubour', which featured on the compilation album 'Maison Des Jeunes' in 2013. Zinner went on to play on their debut album 'Music in Exile', which received a flood of great reviews and landed them support slots with Alabama Shakes and Julian Casablancas. Their bright, upbeat desert blues also proved a huge hit on the festival circuit and they toured the world before returning with follow-up 'Resistance' in 2017.