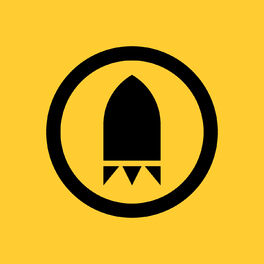 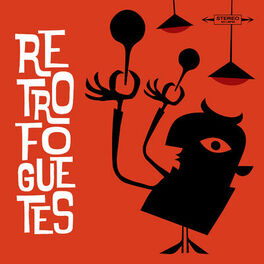 Known throughout Brazil as one of the most virtuoso and conceptual groups of instrumental music from the independent scenario, The Retrofuguetes emerged in Salvador in 2002, from the breakup of the Dead Billies. Their style mixes elements of surf music, tango, mambo, jazz, polka and bossa nova, with a cinematic, comic strip and old TV series settings. The result is fun and extremely visual pop music. The band released its first album, Ativar retrofoguetes! In 2003, under the Monstro Discos label. It was produced by André T and Nancy Viegas and was much heralded by national critics. The following year, they embarked on a special project called O Maravilohoso Natal dos Retrofoguetes, released on vinyl, also under Monstro Discos. In the album’s repertoire were classic Christmas songs in surf/rockabilly versions such as Bate o Sino and Boas Festas. Chachachá, its second CD, is again produced by André T and Nancy Viegas and is released in 2009 under their own label Indústrias Karzov, with a show at the main theater of the Castro Alves auditorium in Salvador. For the track Maldito Mambo, together with the conductor Letieres Leite and his Orkestra Rumpilezz, the band received the prize for best arrangement during the radio station Bahia Educadora’s Music Festival. The album was considered by the Rolling Stone magazine as one of the year’s 25 best record and the Retroguetes were nominated for the MTV’s VMB Prize as the Best Instrumental Band, as well as appearing on the list of the Virgula/UOL portal as among the 10 best bands in the northeast of Brazil. With wide international acceptance of their work and with a presence on several foreign collections, the group has already toured through Argentina and was cited by the Spanish newspaper El Pais in a list for the best songs for strip tease. Its music was also used as the soundtrack for a commercial which won the Bronze Lion prize at the Cannes Festival in France and were also played by BBC radio in London. Ever since its formation, the Retrofoguetes has been amassing prizes and have performed at important music festivals such as Abril Pro Rock, Virada Cultural in São Paulo, Coquetel Molotov, Campeonato Mineiro de Surf and the Festival do Sol. The band has appeared extensively on television, with participations in programs on the Globo network (Programa de Jo, Caldeirão do Huck) Multishow, MTV and SESC TV where in 2012 they recorded the SESC Brasil Instrumental. In 2016, Morotó Slim/electric guitar, Julio Moreno/electric guitar, Fábio Rocha/bass guitar and Rex/drums released Enigmascope – Volume 1. Considered by the musicians as being the most mature album in the band’s 15 year career, it has 13 tracks composed and recorded to serve as the soundtrack of a film of imaginary espionage. The name of the album comes from the neologism between enigma and cinemascope, and it has already been released on compact disc and on digital platforms. Now in 2019, the Retrofoguetes continue playing and composing for the recording of Enigmascope - Volume 2.