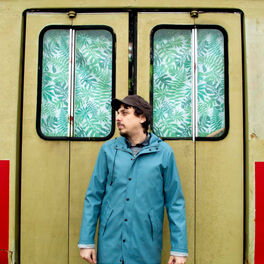 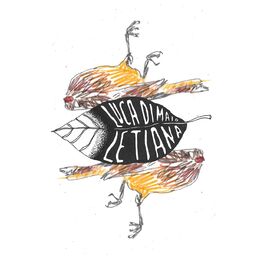 Singer-songwriter born in Naples. From 2001 to 2012 he led the Italian band Insula Dulcamara. Under this name, he self-released 4 EPs, a LP, appearing also on several compilations. He wrote an original tune for the film The Art of Happiness by Alessandro Rak, which was awarded the prestigious European Film Award. He has also worked on records by other musicians and bands (Cosmosoul, Nasov, Sunneva). Letiana (2016) is Luca's first record under his own name, produced by the well-known Italian musician Marco Parente. Other established Italian musicians played on it, such as the guitarist Alessandro Asso Stefana (PJ Harvey, Vinicio Capossela, Mike Patton) - who also recorded and mixed the whole album – as well as Vincenzo Vasi and Alessandro Fiori. Letiana was nominated for best debut in Targa Tenco 2016. The title-track of the album was awarded an Honorable Mention in the World Music category in the 2016 International Songwriting Competition (ISC). The song Migrare featured in the OST of Crocevia, the official documentary of the Italian Red Cross, part of the celebration for the 150th anniversary of the institution. In 2016, Luca recorded a cover of John Lennon’s song Love sung together with Serena Altavilla and the producer Sergio Salvi ( Delaporte) In 2019 Luca released Piccole Armi / Grandi Imprese, produced together with Asso Stefana. Dove Sei? was awarded an Honorable Mention in ISC 2019. His 2020 single Aspettami was coproduced by Sergio Salvi and mixed by K-Conjog.