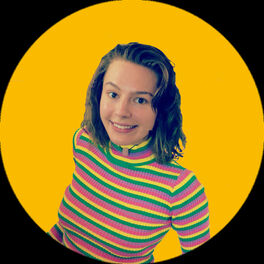 (❁´◡`❁)(musical) artist & alien luver.   Meresha is a singer, multi-instrumentalist, DJ and producer with a deep, wide-ranging soulful voice and a quirky sonic vision.  She is an #AlienPop innovator; so far the first in the genre.   Her 2019 single "Jungle Potion" went viral hitting a million streams in a few weeks, including while on Ariana Grande's official personal playlist. Meresha debuted it live at New York's largest music festival Gov Ball in partnership with Citibank and Live Nation.   Last 2019, Meresha released a Bob Marley tribute with her version of "Is This Love" in partnership with Movember, the leading international charity supporting men's health.  Meresha released "Hold" in 2020, which quickly went viral on TikTok, and for which 100 fans & friends contributed to a music video.  She performed it live online in partnership with Live Nation's House of Blues Music Forward Foundation.  AllMusic named Meresha's EP "Enter the Dreamland" one of the Top 20 Albums of the year globally (Pop). The video for the lead song won the Music California Viewers' Choice Award. Meresha debuted the EP for 40,000 at SunFest, sharing the stage with Marshmello and Jon Bellion.   Meresha made Billboard charts several times, was the #1 indie artist on US radio for a month and had her music featured on TV internationally, including on MTV where she was selected a a winner in their music "Freshman" competition.   She is a a member of the Recording Academy and holds a degree in music production from Berklee.    She also contributes to the music of others as a producer, songwriter, instrumentalist and vocalist.