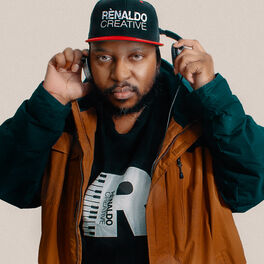 Party With Me (feat. Princess Foster)

Renaldo Creative, is an American record producer, composer, DJ, recording engineer, photographer, graphic designer, and entrepreneur. Renaldo began his career as a rapper and recording artist. He found great success with his 2003 single, This is who I am. Which featured fast pace lyrics over a catchy dancehall riddim. In 2008, Renaldo started to learn music production, mixing and mastering and he releases his first beat on Roc Battle and Soundclick. In 2012, Renaldo took a break from music production to focus on helping the unsigned artist and models.