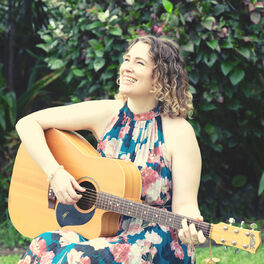 'Til the Sun Comes Up

'Til the Sun Comes Up

Talitha Jae is like a breath of fresh air on a sunny breezy day. She gets her inspiration from a mix of jazz, folk, country, indie, pop, and blues. Her wistful interpretations will take you on a dreamy journey into your past. With a delicious jazz undertone, her voice is often described as an angelic sound that gives you the feels. She's won and placed in numerous competitions for both singing and songwriting. Notable mentions include country music competitions, being a top 10 national finalist in the Listen Up Music Songwriting Festival in 2018 and semi-finalist in 2020, receiving third place in the Folk/Acoustic category at the Australian Songwriters Association Awards, second place in the Tablelands Folk Festival Songwriting Competition, among others. She has performed for Music View TV (formerly Balcony TV) and supported Clare Bowditch, and The Wolfe Brothers performances in Cairns, and also followed Pierce Brothers at Tanks Up Late. Talitha received local and state government funding in the form of a Regional Arts Development Fund grant towards the end of 2020 to begin working on her debut EP 'Spilt T' which is due out in 2021. If you're lucky enough to catch this little miss sunshine in one of her dynamic performances, you will surely drift away into the neverlands, bundled up in good feels