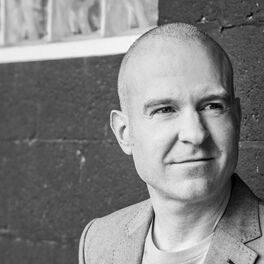 Daniel LeBlanc bio www.danielleblanc.ca A musician and award-winning music producer, composer and arranger. LeBlanc has based his career and life on the belief that success involves passion, drive, hard work, situational awareness and a willingness to embrace change while employing a ‘never quit’ attitude. LeBlanc's career began early. A gifted musician, LeBlanc was performing in clubs well before the age of ten. At 13 he had recorded his first EP with Legal Limits for Quality Records, Canada, followed two years later by a second album for Heavy Metal Records, UK. By the age of 15 LeBlanc was on the road full time, performing over 300 shows per year for the next three years. At 18, LeBlanc began to hone his skills as a music producer, jingle writer, programmer and engineer at The Air Company in Toronto. He worked there for a year before starting his first corporation, Headliner Productions Inc., which focused on audio and sound design. In 1997, LeBlanc moved into the offices of Pirate Radio and Television as a freelance composer and producer. He worked on a multitude of television and radio commercials over a six-year span for major clients such as Coca Cola, McDonalds, Sears, Molson, Wal-Mart, Scotia Bank, IBM and BMW. LeBlanc's career was in overdrive in the years that followed. He scored and composed songs for TV and film projects that included Adventure Inc., Psi-Factor, My Scene-Masquerade Madness, Freakshow, Balance of Power, Outcast, Beyblade, Bakugan, Carebears, Rogers Sportsnet & Hockey Night in Canada. At the same time he was writing songs/producing records with talent such as Julian Austin, Dean McTaggart, Alanis Morisette, Harry Hess, Emilie-Claire Barlow, Rockie Lynne, Melanie Doane and Saskia Garel. LeBlanc has received gold and platinum awards and has been nominated for CCMA Record Producer of the Year three times. With more creative control and autonomy LeBlanc was able to pursue additional creative opportunities. His ability to work at a high level in a multitude of musical genres led to his biggest ongoing accomplishment yet. LeBlanc has created a massive production music library that has grown into one of the largest and most diverse independently owned catalogues on the planet. In 2017 LeBlanc established production music licensing company Sid Sonic while at the same time continuing to sub-license his library through other sources world-wide.