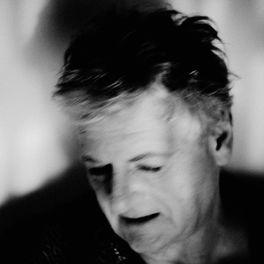 This Is a Velvet Underground Song That I'd Like to Sing

Rare Tunes: Sieste on the Beach

A Tribute to Elysium

Founder of the band Kat Onoma (1986- 2002), guitarist and singer, Rodolphe Burger has been developing a most original career for 30 years. Through his label Dernière Bande, he has released, in addition to his five solo albums, more than twenty albums that testify to a creative generosity that has seen him collaborate with many authors and artists, including his writers and friends Pierre Alferi and Olivier Cadiot, but also Alain Bashung, Jeanne Balibar, Françoise Hardy, James Blood Ulmer, Erik Truffaz, Rachid Taha, Ben Sidran and many others. A new album entitled ENVIRONS was released in June 2020. This sixth solo album, presented by Rodolphe Burger as the "freest" of his career, was produced in his studio Klein Leberau located in Sainte-Marie-Aux-Mines. Recorded in trio with Christophe Calpini and Sarah Murcia and mixed by Luc Tytgat, Kat Onom's "historical" engineer, it includes fourteen tracks, four of which are covers: Sam Cooke's Lost and Lookin', Grant Lee Buffalo's Fuzzy, Jamaicans' Ba Ba Boum, and Mushroom de Can. From steady rock to Schubert - whose Burger also sings two songs from Le Voyage d'Hiver - this album does not refrain from anything, guided only by a principle of good pleasure. The album concludes with a duet version of Kat Onoma's La Chambre with the singer Christophe. Like a "homecoming" after a succession of musical trips in the vicinity of a territory that continues to expand.