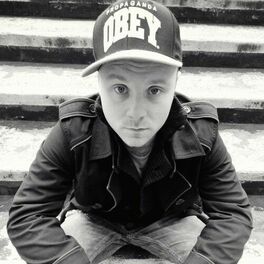 A Hard Fall up to the Middle

by Will Clarke, Huxley

Release Yourself by Roger Sanchez

Hard earned respect from your peers is a rare commodity but Huxley, aka Michael Dodman, has it in spades. Since his late teens he's been producing, seeing initial underground success as a garage producer before his sound partly mutated towards a deeper, house- based sound in the past few years. Collaborations with old mate Ethyl for the then hot-as-hell Cecille imprint in 2009 showed a producer receiving massive support for what instantly seemed like a fully developed sound. Since then, Huxley has delivered releases for an enviable roster of labels (Aus Music, Tsuba, Morris Audio, Fear of Flying, Hypercolour and 20:20 Vision for starters) and has stayed true to his robust, bass-led strain of house music that reflects his formative interests in UK and US Garage, with critics, punters and peers lapping up each release and remix. Whether veering towards deeper vibes alongside Ethyl on his own Saints & Sonnets imprint, turning in cast iron grooves for Tsuba or full vocal barnstormers like his lauded 'Let It Go' single for Hypercolour early 2012, there's a clearly defined but pliable and versatile sound to Huxley productions that marks him out as a truly talented producer. As a remixer, the Tring (Herfordshire, UK) man is hugely in demand, turning his hand to major label talents with as much flair and skills as he does underground cornerstones like Lee Burridge or Maya Jane Coles. Completing the picture is his Djing – another perfect string to his bow that sees him tour his open minded and deftly programmed music selections in clubs and festivals across the world on a weekly basis. Going forward, there's more of the impeccable same and more than a smattering of surprises on the way from Huxley. Singles for his tight knit group of labels (he just describes them as 'mates'), more collaborative projects with the likes of Sam Russo and Ethyl, production projects for vocalists (he's not naming names) and carefully chosen remixes are all on the way and, if anyone who has heard recent sets for Rinse FM and Fact Magazine will know, more on-point DJ sets that span house, garage, techno and beyond. Huxley will release his debut album, Blurred, through Will Saul's Aus Music label.