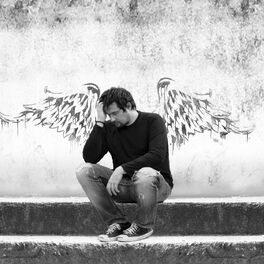 brenner bianco is a musician, singer, composer, virtuoso guitarist, arranger and producer, brenner has been studying music since he was 11 years old. At 17 he went to study at Berklee College of Music, in Boston - Massachusetts, United States. brenner released a CD in 2001, of the same name, whose initials he always writes in lower case, because they resemble the musical notes that make up his ideology, tattooed on his left hand (brenner bianco - eternal devotion to music) The clip for “Sete e Meia”, one of the tracks on the CD, was featured on Mtv and in the same year it was among the ten most played videos on Multishow's Top TVZ program. Shot in black and white, 16mm cinema, right in the center of São Paulo, the video excels in photography, using unconventional angles of street dancers, juggling and characters with striking features, mixing reality with poetry and fantasy, in a rare visual composition beauty. brenner has dedicated himself in recent years to the creation of unpublished songs that bring the reality of the lyrics to life. He went back to his roots without fear of incorporating guitar fingerstyle riffs and virtuous guitar solos in his songs, as he had always done before. More raw and visceral, brenner provokes all the anxiety that we have inside us to put out and throw back to the world everything that it made us swallow, as a relieving outburst, as if we wanted to expose the soul's guts, without let go of our dreams.