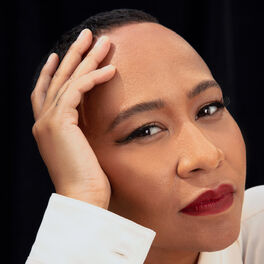 Our Version Of Events

Our Version Of Events (Deluxe)

My Version Of Events

Look What You've Done (with Jaykae)

Welcome To The Hood

I’ll Get There (The Other Side)

One Of A Kind

Never Be Your Woman

British singer songwriter Emeli Sande MBE’s debut album Our Version of Events sold over 5.4 million copies to date. It was the biggest selling album in the UK of 2012 and 2013 and is certified platinum seven times in UK and Ireland. Emeli followed with critically acclaimed Long Live The Angels in 2016, Kingdom Coming EP in 2017 and Real Life in 2019. With 19 million singles sold including 3 x UK No.1 singles, 6 million albums and four BRIT awards (including Best Female twice), Emeli received an MBE for Services to Music in 2018 and in July 2019, she became the University of Sunderland’s Chancellor. Emeli Sande is an internationally acclaimed artist and highly sought-after writer with strong values. She uses her profile with moral purpose to support important campaigns. Her powerful stance on social justice is evident through her song-writing and is the driving force in her career.