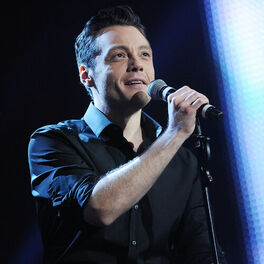 TZN -The Best Of Tiziano Ferro

Italian pop singer Tiziano Ferro has sold over ten million records worldwide. During his formative years the singer led a peripatetic existence; he was brought up in Italy but lived in Mexico for a period where he studied Spanish before relocating to Manchester, England. It later transpired he was struggling with his sexual identity and felt more comfortable living outside his native Italy. Eventually he moved back home to be closer to friends and family.

Ferro began his professional career after signing with EMI in 2001; his first single was 'Xdono' which upon its release was slated by critics and failed to make an impression in the charts. EMI continued plugging the song and eventually it became a top ten hit throughout Europe and became certified platinum in the process. He has since risen to become an Italian pop icon and an extremely influential figure within the Italian music industry. His albums include 'Rosso Relativo' which charted at number five in the Italian charts in 2001 followed by '111' (2003), 'Nessuno è Solo' (2006), 'Alla Mia Età' (2008), 'L'amore è Una Cosa Semplice' (2011) and 'Il Mestiere Della Vita' (2016) which all charted at number one. In 2019 he released his seventh studio album 'Accetto Miracoli', preceded by the lead single 'Buona (Cattiva) Sorte'.