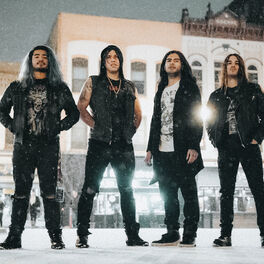 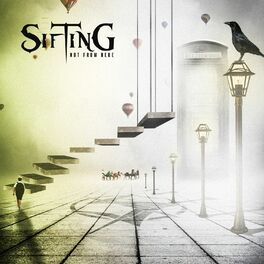 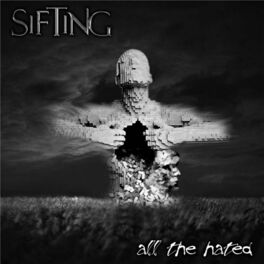 All the Hated - EP 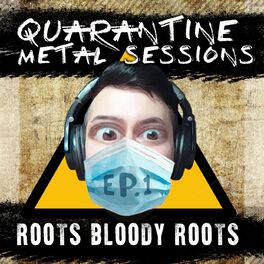 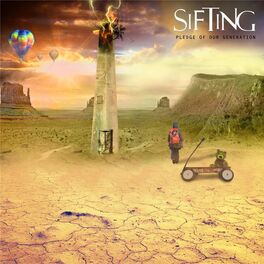 Pledge of Our Generation 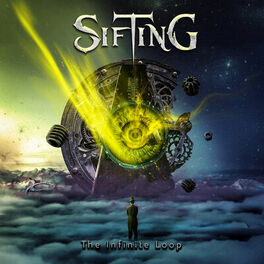 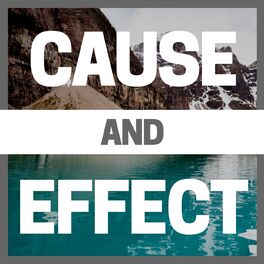 SIFTING is a progressive metal band from Los Angeles, CA that consistently push the boundaries of technical musicianship beyond that of their predecessors and contemporaries. The band was founded in 2010 by front man Eduardo ‘Edu’ Gil while originally living in Caracas, Venezuela. After suffering the loss of his mother and grandmother in a tragic plane crash, Edu began writing original material to cope with the loss of his family. He gathered some friends from the local music scene and began performing live. The band quickly gained popularity throughout Venezuela and when Bullet for My Valentine was seeking support on their Latin American Tour in 2011, Sifting was the obvious choice. In 2012, the band completed a series of tours around the country, and finally released their debut full-length album All the Hated in late 2013. Shortly thereafter, the band toured with Zapato 3, one of Venezuela’s most popular classic rock bands. Around the same time, their single “All the Hated” was chosen for the insanely popular Rock Band videogame. It was at this time after the success of their debut album, that Sifting received a significant influx of fans from the United States. Eduardo quickly realized that if he wanted to get the band recognized on a worldwide stage, they would need to relocate to the United States of America. In early 2014, Edu left everything behind, and moved to Los Angeles, CA – the rock capital of the world. Although it was extremely difficult to relocate and start over in a different country, Sifting had fans which were anxiously awaiting new material, so Edu started writing new songs and quickly brought in three musician/friends from the local scene to join the band. Sifting’s American fans were thrilled to hear of the band’s arrival stateside, and Sifting started doing what they do best… gigging and writing new material for a second full-length album. In 2015, things started happening quickly for the band. Sifting were able to line up endorsement deals with ESP Guitars, Engl Amplification, and Spector Guitars (just to name a few). They caught the attention of producer Steve Evetts (Suicide Silence, The Dillinger Escape Plan, Sense’s Fail) and recorded a three song EP entitled Blurry Paintings. From there, the band was approached by award-winning producer Ryan Williams (Velvet Revolver, Pearl Jam, Rage Against The Machine), who recorded and produced their second full-length album Not From Here in late 2016. Immediately afterwards, Eduardo recruited Wins Jarquin on bass, and Joey Aguirre on drums, and they immediately hit the road for a thirty-date North American tour. In 2017, the band was discovered by Eclipse Records and after signing with the label, reissued their full-length album Not From Here. The album received critical acclaim from press & radio alike, landing in Top 10 Most Added on Metal Contraband, Top 5 best Venezuelan Rock Metal Albums of 2017 by Cresta Metalica, and the Top 100 Best Metal Albums of 2017 at Sentinel Daily. After a live performance on the popular Dante Night Show, the band were invited to open for Tarja in Quito, Ecuador. Shortly thereafter, they landed numerous tours throughout 2017 and 2018 with Prong, Sons of Apollo, Felix Martin, Powerflo, Dayshell, and Eyes Set To Kill. In between tours, Eduardo and the band never stopped writing new material, and in 2019 they were asked to represent audio equipment manufacturer TC-Helicon at the Music Tribe NAMM event. In 2019, the band brought on Steve Evetts (The Dillinger Escape Plan, Suicide Silence, Poison the Well) to produce the new album along with Jamie King (Between The Buried And Me, The Contortionist) who handled mixing and mastering duties. This new album The Infinite Loop is a masterpiece of progressive metal featuring seventy minutes of mind-blowing jedi-like musicianship perhaps only rivaled by the likes of Rush, Megadeth, Dream Theater, or Metallica. That’s a big statement to make, but if one takes the time to listen, the songs on this album back it up. The first single “A Critical Affair” simply shreds the listener’s ears with fast-paced finger-twisting riffs and unbelievable drumbeats that one would think could only be performed by a human-octopus hybrid. The second single entitled “Stop Calling Me Liberty” could very well be considered a modern-day masterpiece with its pummeling verse-chorus-verse structure, insanely epic guitar solos, and acoustic reprieve in the middle of the song. More importantly however, are the lyrics in which The Statue of Liberty comes to life and tells the world how the concept of liberty has been adulterated towards the agenda of the first-world elites. The third single “Enough” takes things down a notch and tackles the scandal of college admissions and parents providing material necessities to their children instead of what they really need – quality company, love, affection, and acceptance. Other highlights on the album include “Ghost of A Lie” which features Derek Sherinian (Sons of Apollo, Dream Theater, Alice Cooper, KISS) on keyboards, and of course the title track “The Infinite Loop“. The title track revolves around the concept of reincarnation and how life is a constant evolution of infinite cycles of existence. One could go on and on about each song on this album, as there’s just so damn much to say about it but in the end… you just NEED to listen to it for yourself. Open your mind to something new and discover the magic of Sifting. The Infinite Loop was released worldwide on September 27th, 2019 via Eclipse Records.