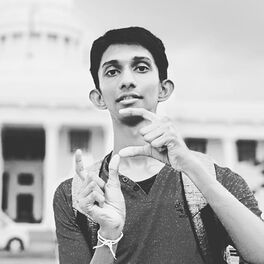 Chamupa Chenuka (චමුප චේනුක) (born 06 April 2002) is a Sri Lankan DJ and Music producer, born in Ratnapura, Sri Lanka. He also known as Chamupa Unlimited. Early life, Chamupa was born as Chamupa Chenuka on 06 April 2002 in Ratnapura in the Sri Lanka the son of Dhammika Subhath and Somalatha. He has a younger brother named Dhenuka. He showed musical interest at an early age and learned to play the Flute at the age of 12. In 2013 - 2016, he learn about traditional music and he have a 5 year experience about traditional music, Sri Lanka. Previously he is ministry of the Arts cultural student (5 years) in Sri Lanka. His hobbing was listen music all the time. So one day he watched a music video. Then that music video opened a new chapter in his life. Then he stepped in to create electronic music. Though he had some degree of background in music, he did not have the help of others. So he decided to study alone. He watched YouTube tutorials for his study. Then he went to DJ academy to learn DJ (2019). Meanwhile, his musical compositions include YouTube, SoundCloud and many more platforms Published. So he became popular in social networks and in society. Artistry, "Chamupa Chenuka" also known as Chamupa Unlimited. His artist name ended up using Unlimited word. He designed his logo in 2019, a letters and symbols consisting of letters "C" and "U" after combined symbol " /"(Slash). He uses a hoodie for performing on stage.