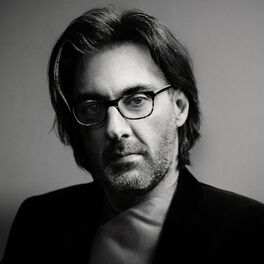 Shostakovich: Symphony No. 9 & Violin Concerto No. 1

KREISLER: Music for Violin and Piano

CLASSIQUE MAIS PAS HAS BEEN

Leonidas Kavakos is a Greek violinist and conductor who has performed with and led many of the world's great orchestras - including the London Symphony Orchestra, New York Philharmonic, and Boston Symphony - in a career in which he has made many recordings. His latest, 'Brahms: The Piano Trios' with pianist Emanuel Ax and cellist Yo-Yo Ma, went to number seven on Billboard's Classical Albums Chart in 2017. He earned Grammy Award nominations for Best Classical Album and Best Orchestral Performance for 'Schumann: Symphonies 1- 4/Manfred Overture' in 2003 and Best Chamber Music Or Small Ensemble Performance for 'Beethoven: Violin Sonatas' in 2013.

Born in Athens to a musical family, he learned to play the violin as a child and studied at the Hellenic Conservatory and at Indiana University in America. He won three major European competitions and made his recording debut in 1990 with 'Jean Sibelius: Violin Concerto in D minor (Original Version)/Violin Concerto in D minor', the first time the 1903 work had been recorded. He has released many albums since then that feature the works of Debussy, Schubert, Tchaikovsky, Eugène Ysaÿe, Hindemith, Ravel, Haydn, Stravinsky, Bach, Mozart, Mendelssohn, Brahms and Shostakovich.