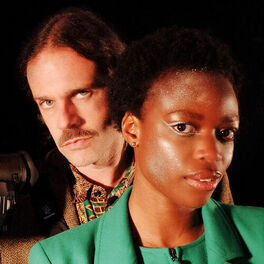 Beirut On My Mind

They live in France. Her name is Santana. His, Sylvain. They are CLAAP! Together, they write avant-garde pop songs. They also are well versed DJ's and very talented live artists who have been performing all over the world. Influenced by pop culture and club culture, Santana and Sylvain enjoy making people dance. They also draw their inspiration from the diversity of their African, South American and French roots, from their travels and from their encounters. CLAAP!’s music is an invitation to freedom, a journey beyond terrestrial and musical boundaries, without limits or etiquette, but always infused with a pop je-ne-sais-quoi.