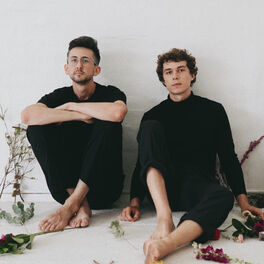 All But The Sun

Songs To Sleep To

The Gardener & The Tree

The Head And The Heart

After years of honing their craft in the studio and on stage, long-time friends and collaborators James Draper and Jordan Brady (Winterbourne) have amassed a vast and loyal following. Known for their energetic and charismatic stage presence, and their melodic and elegant harmonies, Winterbourne have sold out multiple headline tours across Australia, shows abroad, and supported nationally the likes of The Rubens, Lewis Watson, Passenger and Dean Lewis. Having released two celebrated EPs - All But The Sun (2014) and Pendulum (2016) - in 2019 Winterbourne released their much anticipated debut album ‘Echo Of Youth’. The duo worked with their self-appointed musical dream team consisting of producer Andy Mak (Vera Blue, Boy & Bear), engineer Jackson Barclay (Timberwolf) and multi-instrumentalist Thom Mak, delivering a 12-song opus of exhilarating indie rock, rich in swirling guitars, lush synths and soaring, catchy choruses. Even with its richly textured and distinctive, genre-defying sound, Winterbourne still manage to preserve the simplicity of their reputable essence, with James and Jordan's singing and guitar-playing at the album’s core. In 2020, the band re-released Echo Of Youth in its entirety, this time re-arranged and re-recorded as stripped back and Acoustic versions. Reducing the original record to its bare essentials resulted in Echo Of Youth (Acoustic) - an equally strong yet simplified rendition of their eclectic debut. 'Echo Of Youth (Acoustic)' is out now.