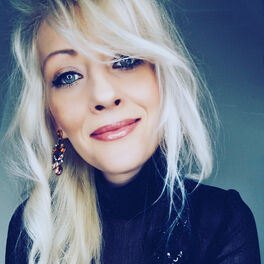 TAKE IT OR LEAVE IT (FLEMMING DALUM REMIX)

TAKE IT OR LEAVE IT

THE GIRL WITH GOLDEN HAIR

TAKE IT OR LEAVE IT (DANIEL MONACO COSMIC REMIX)

LAST 2 GIRLS ON THE DANCEFLOOR

Mika Ella is a dance music singer-songwriter and a poet, with a strong affinity to 80s music and pop culture. Mika Ella’s music career started in 1999 when she published her first single as the lead singer and co-writer of a dance music project called Matrix, the most progressive dance music project in the region. Matrix released three albums and fifteen singles in Croatia, most of which topped the local charts and won festival awards. Seven singles reached No.1 on the national chart. She also had two singles released in Poland by Warner Music. With her first band, she toured a lot of central European countries. In 2021, Mika Ella released an album dedicated to Italo-disco and other dance music styles from the 80s, which will be followed by new, electronic dance music releases.