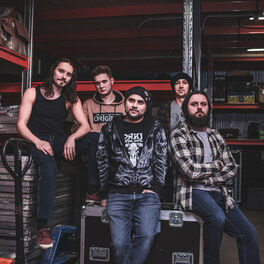 Originally from Pyatigorsk, Russia, Draft Rabbit is a Moscow alternative metal band founded in November, 2016. Their music is sonically filled with elements of the 00s' alternative metal, shoegaze and groove. It lets you experience a vast variety of emotions: from peaceful meditation to anger and fury. In 2019, they released two singles: Collide and Reunite and releasing their third single Gimme a Break from their upcoming debut album in the end of December, 2020. Back in 2019, their took the second place among 41 metal bands from all over Russia at the КРЯKEN Metal Battle contest in Saint-Petersburg which demonstrated people's appreciation for the band's passion, devotion and authenticity.