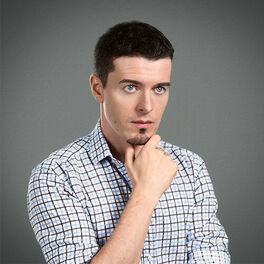 The Way That I Love You

All That I Want For Christmas...

We'll Make It Through

Carried Me With You

You've Got A Friend In Me

Grow As We Go

Sam Sine, an American music artist raised in Paris France, has been writing and producing music for media such as TV pilots, commercials, documentaries and independent short-movies as well as recording, producing and engineering songs for other artists. He also performed a few of his original tracks and is currently working on his debut album. In 2011, Sam won the Best Composition Sonokinetic Award for his track “The Forbidden Tomb” and, in 2015, won the Indaba Songwriting Award for “A Thousand Miles” – a track written, produced, performed and engineered by himself. Originally drawn, at an early age, to music from the Romantic era (1800-1880), Sam has since grown to appreciate many genres of music, which gives him the foundation and liberty to create music inspired by a broad range of influences and, consequently, to express his creativity through different styles as well. “Often, music artists are expected to categorize themselves into one particular genre” remarks Sam. “Restricting my creativity to this expectation would not be fulfilling. I love embracing cultures from around the globe and it definitely translates onto my work. Creating music in many genres allows to characterize myself, depict different moods that we go through during our lifetime and, ultimately, pay tribute to artistic diversity” Ultimately, as an artist, Sam likes to create music as a vessel to convey emotions or committed messages in hope of touching people’s hearts. https://samsine.com