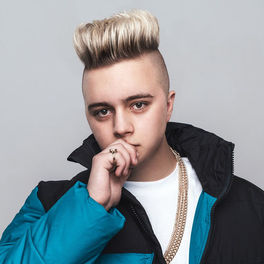 The mysterious DJ and producer from Lithuania moves through the realms of Spotify, and the charts like a phantom – there are hardly any hard facts, apart from his musical handwriting and a set of impressive numbers.You’d think that the world would know everything about this promising hit producer, however, apart from the fact that his real name is Edvinas Pechovskis, his home town is the Baltic state’s capital Vilnius, and he is a mere 19 years old, everything else is an enigma. Only hints can be drawn from DYNORO’s ZEF tattoo and his affinity to the heatedly debated cultural counter movement: He feels closely connected to ZEF, which originated in post-apartheid South Africa and has developed into a music and fashion style with a system of values summoning pride for one’s origins, anti-materialism, and radical authenticity.