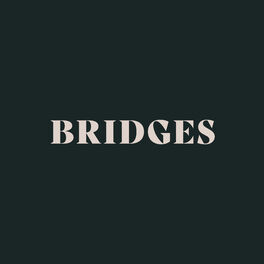 Return to the Drake's Nest (Live)

This Is Why (feat. Bridges)

by the man stan, Nikhil Barr

Back to Reality Riddim

Bonding over their love of Mötorhead, Punk Rock and guitar bands, Ethan and Henry met at a Judo club in their early teens; though it wasn’t until they met again years later that they began to play in a band together. For a small town, their home had a thriving music scene for touring acts, and it was at these shows they met Josh and Tom. After creating their first EP, it was DIY touring and time on the road that really developed their sound. The band met Chess here, who soon after joined to complete the line up. Now a vast melting pot of influences from Bombay Bicycle Club and Radiohead, all the way through to The Wonder Years and Queen, Bridges aim to create music that is interesting, emotive and relatable. Frontman Ethan Proctor’s warm vocals are at the forefront, reminiscent of Frightened Rabbit's Scott Hutchison or Manchester Orchestra's Andy Hull, though it’s within the bands synergy where the real moments are born. The sound is melodic with thought provoking lyrics, following a mantra of honest writing that brings the stories to life. They are an outfit that values the importance of holding back so a moment connects, just as much as the release of crashing waves of synthesisers and distortion. After touring with The Slow Readers Club and performances at Glastonbury that year, the band produced their second EP with Dan Young (October Drift). Mixed by James Kenosha (Dry the River/Dinosaur Pile-Up), it followed a theme of communication. Mental health awareness is an important ideal to both the band and the community building around them. At the end of 2020, the band released Until now, a collection of their first EP's on vinyl. While 2020 was a set back for most, Bridges used the time to learn how to record and produce their music from home. After producing a number of songs with help from Ash Scott (Memorist) and Ivan and Frazer Proctor (China Bears), they mixed the project with engineer Joe Marsh. Though almost entirely recorded in bedrooms, the result is far more complete than expected. A whole albums ready, though not yet wanting to release a full body of work, the band selected a number of these tracks to release through 2021. Rabbit, a small tribute to Scott Hutchison, is out now.