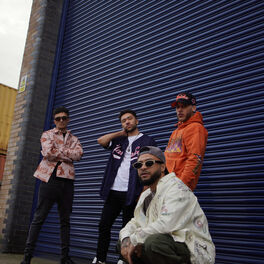 Have Yourself A Merry Little Christmas

Chelcee Grimes: Behind The Music

From singing covers on the streets of their hometown Liverpool, to touring the world supporting the likes of Boyz II Men, The Backstreet Boys & Justin Bieber. MiC LOWRY have been paving the way for UK R&B for the past few years. Even bringing through the likes of Grammy Nominated, Mahalia & Tiana Major9 as their opening acts for their own sold out, headline tours.   Their music is inspired by 90s/Naughties R&B but with a modern day feel. If you thought R&B groups were a thing of the past, you couldn’t be more wrong!