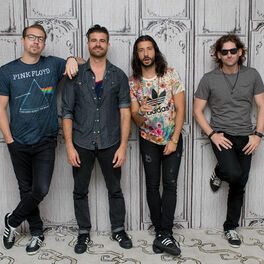 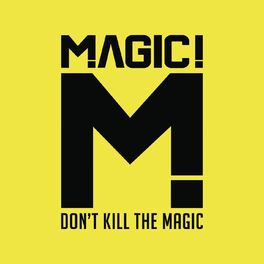 Darts In The Dark (FTampa Remix)

Darts In The Dark

Lay You Down Easy

The 2014 FIFA World Cup Official Album: One Love, One Rhythm

When something is meant to be, you just know it immediately. It's as if there was a divine plan or universal synergy fusing the right elements together at the right time for the right situation. That's the feeling Grammy Award-winning songwriter and producer Nasri experienced the first time MAGIC! jammed. During a writing session in 2012, he heard collaborator and guitarist Mark Pelli strum a reggae-tinged riff, and something clicked. "I'm a huge fan of The Police, and I always wanted to do my own project that merged reggae, rock, pop, and a little soul for quite some time," he affirms. "The moment Mark began playing, it felt natural. We had this vision, and it all tied together instantly. We began recording, and the sound was so locked in on every song. That's even where we derived the band name. Everything simply worked like MAGIC!" That sound distills Caribbean flavor, arena-size bombast, and glistening melodies into an undeniably intoxicating musical potion. Soon after that initial jam, drummer Alex Tanas and bassist Ben Spivak joined the fold as the quartet entered a Los Angeles studio to record its full-length 2013 debut. There weren't any boundaries or rules. It was all about following that collective muse. "We started recording, and it was so easy," adds Nasri. "We're all from Toronto originally. We know the same streets, and we grew up on the same music. It's the real thing." It's also real catchy. The first single "Rude" coasts from a Jamaican guitar twang and danceable beat into a downright irresistible refrain. At the same time, the singer's cheeky storytelling pops out vividly. "I had this picture in my head of a guy asking a father for his marriage blessing and getting rejected," he says. "It's fun, soulful, easy, and you know the hook right away. That's what we want our songs to do." Elsewhere, "No Evil" builds up into an anthemic chant, while "Let Your Hair Down" is meant to get bodies grooving. "I think that one will be a favorite for a lot of the ladies—or at least I hope," laughs Nasri. "It's about letting loose and having a great time." That's what MAGIC! do best. As one half of the in-demand writing and production duo The Messengers, Nasri has penned music for everybody from Justin Bieber, Pitbull to Chris Brown and Christina Aguilera. He garnered a Grammy Award in the category of "Best R&B Album" for Chris Brown's F.A.M.E. in 2012. However, he's formally embarked on a new phase in his already illustrious career. "I want everybody to join us on this MAGIC! adventure," he concludes. "It's a stressful time out there, and people are struggling to find hope in balance. This music is meant to put you in a good mood. We want to bring people together to have a good time. It's not about us. It's about the music. We want you to be a part of that energy and a positive musical world."