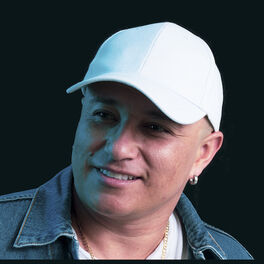 by Golpe a golpe

Yelcid Arbey Osorio Hurtado known in the artistic world as "YELSID" was born in Medellín on September 7, 1979. He ventured into music in 2001 when he dedicated himself to composing and performing his own songs. In 2008 he wrote the song "I was released", which opened doors to his career reaching to conquer all kinds of audiences. From this moment he became one of the great exponents of the Colombian urban genre for the series of songs that have consecutively marked the career of this artist, such as: "Mejor Sin Ti", "Música Ligera", "A Lo Moderno", "Sólo Yo", "Enséñame a Mentir", among others. His career is marked by the great interpretation and handling of his voice when singing a melody, giving a unique and unmistakable style that has captivated audiences of all ages; he has created a melodic-romantic and at the same time sensual style. "I want people to value and appreciate what a complete artist is and not the wonders that technology does," is what the artist says when speaking his music. In 2010, YELSID promoted its album “Escuela Musical” and its special edition. From this album come singles as: “Enséñame A Mentir”, “Sólo Yo”, “Déjate Llevar”, among other singles that have already been radio hits. The special edition will contain unpublished singles such as: “No Te Importa” and “Pensando En Ella” among other issues that became successful with the signing of this great Colombian voice. With“Escuela Musical” YELSID manages to expand its music to the South American market entering countries such as: PERU, PARAGUAY AND CHILE. Positioning in the radial counts of these countries. In 2011 “YELSID” launches “Lastima De Tanto Amor” theme with which he manages to position himself as number 1 in both radio and television counts nationwide in Colombia for more than 8 months in 2012 and that is where his career takes a new starting point, after launching “No Soy Tan Fuerte”. For 2013 “YELSID” He gives a little order to his house taking the reins of his project the renowned manager of the urban genre in Colombia ANDRES ATEHO and starts a process with the company ATO GROUP “YELSID” returns to the scene with a great proposal called “SENSUALIDAD PA LA DISCOTECA” A mix - tape of 7 songs from which its first titled release emerges which manages to become a success both in Colombia and in Venezuela.