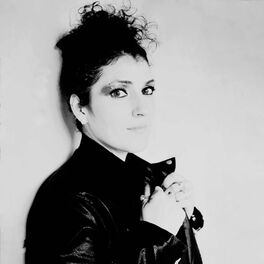 Leave Your Light On

“In it she deftly weaves hard rock energy with Middle Eastern scales and vocal acrobatics. An amalgam of genres and vocal style, Barakat isn’t afraid to go where she thinks the music should take her.” (PARADE MAGAZINE) “When trying to describe an artist like Hanna Barakat her voice and talent are such a given that it frees the listener to embrace the musical journey she takes you on. She is not afraid to step out of the box from song to song while still following her vision of song oriented rock layered in a luscious soundscape of melodic instrumentation and vocals. There is a message, emotion, and uniqueness within each song that transcends trends while still embracing the familiar.” - John Moyer (Disturbed) Austin-based, hard/alternative artist, Hanna Barakat, announces her new album, Siren, showcasing “a vocally powerful performance by the Texas-native driven by compelling songwriting and thunderous production." (Substream Magazine) Born in Texas to a Lebanese father and American mother, Barakat combines a variety of influences. "While proudly paying homage to her roots, Barakat has cultivated her own style that merges Arab-Oriental influences with her love of rock music for a stunningly unique and original sound." (Metal Nexus). Pure Grain Audio declares, "Artists come and go like skin cells but, sometimes, there are those that truly stand out for their immense talents. Barakat is clearly a member of the latter.” The album was produced by John Moyer, bassist from famed hard rock band, Disturbed, and mixed by Martin Nessi (Michael Jackson estate, Ariana Grande, Josh Groban, Celine Dion, Andrea Bocelli, Ricky Martin, Kelly Clarkson), and mastered by Ted Jensen of Sterling Sound (Disturbed, Evanescence, Three Days Grace, Breaking Benjamin, Halestorm, Pat Metheny).