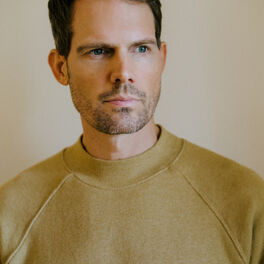 Sound of the Storm - Ghost of Tsushima Soundtrack: Reimagined

Live in the Moment (Remixes)

by Portugal. The Man

As Tycho, Scott Hansen blends swirling melodies into vaguely triumphant arcs that crisscross between stuttering beats and vocal samples, creating rolling sonic landscapes that extend into the horizon. Hansen began releasing music over 15 years ago with The Science of Patterns EP. His first full-length, Sunrise Projector, came out in 2004, and the critical acclaim continued in 2006 with the release of Past Is Prologue. In 2011, his meticulous process saw the release of Dive, the first record in a trilogy that was followed by Awake in 2014 and, most recently, Epoch in 2016. Epoch leverages the sonic aesthetic of Dive’s down-tempo vintage-style synthesizers and beautiful melodies while drawing on the kinetic energy of Awake’s progressive composition and organic instrumentation. The album made an extraordinary chart debut following its surprise release, entering Billboard’s “Top Dance/Electronic Albums” at #1 and earning Tycho its first ever GRAMMY® Award nomination for “Best Dance/Electronic Album.” Over the course of the last 15 years, Hansen has developed from a delicate solo performer into the iconic frontman of a powerful four-piece live band that brings his compositions to life. Tycho has evolved from a singular to a plural, and from an electronic, ambient experiment to a live audio-visual experience that fans travel the world over to see.