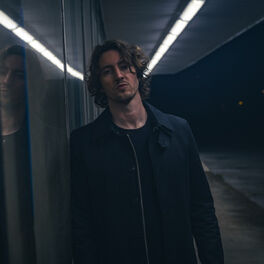 A Place We Knew

Miss you so bad

Dean Lewis was on a plane when he heard a phrase that struck him like a bolt of lightning. “An in-flight-radio DJ said, ‘I wish that was a place we’d known about’,” recalls the Sydney singer-songwriter. “I went to my notes and wrote ‘A Place We Knew’ and was like, that’s the album title. That ties everything together.” As an aspiring songwriter without a record deal, Lewis used to go on night drives where he’d listen to his shoddily recorded demos in the car and visualise where he wanted the songs to end up. Not even in his wildest dreams, however, could he have predicted the trajectory his career has taken since the release of “Waves”. “But one thing I’ve learned,” he says, “is that the self-doubt never goes away: ‘Does my voice sound good? Can I play guitar well enough? Can I sing anymore?’” For a self-styled perfectionist, who in addition to writing every song on the album also played piano and acoustic/electric guitar, perhaps one of the most remarkable things about A Place We Knew is that Lewis is at peace with his creation. “Every song on the album I can sit down and push ‘play’ and just relax and feel confident and know that they’re really good. I know the success of ‘Be Alright’ might have changed things a little bit, but I think when you release a new song, or an album, you start from zero again and you have to prove yourself.”