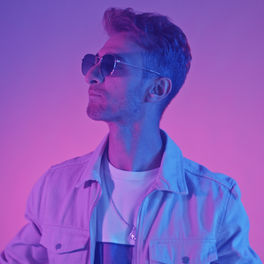 by Drone Call Me, Mok Saib

First known as a member of the band BFK, he would later establish himself as a solo artist posting song covers and originals to his self-titled YouTube channel. He also built his audience on the channel posting vlogs and dance videos. He began his career as a breakdancer and would later learn to play the guitar. He cycled through several rock bands and performed covers in English, French, and Arabic before gaining popularity.