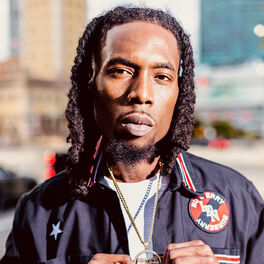 Don't Play With Me

I Need a Wraith

She Don't Belong to Me

Cheflodeezy is a Jamaican-born Miami rapper. Deezy moved to Opa Locka, Miami at the age of 9 where he lived with his mom and younger brother. Deezy found his love for music as a teenager at Miami Central High when his best friend at the time introduced him to the beat-making platform Fruity Loops. After high school, Deezy fell into street life. By the age of 21, he had multiple arrests, struggled with homelessness and the loss of a few close friends to gun violence. After almost going to prison for undisclosed cases and the birth of his first child llamiyah, Deezy decided to change his life. The Miami rapper went to culinary school and pursued a career as a professional chef. This is where he got the nickname “Cheflodeezy”. He free-styled and had other students listen to his music on a daily basis. After graduating from culinary school, Deezy began to climb in the hospitality industry. Cheflodeezy started to literally blow up in the culinary world where he was featured in SoHo House world magazine as a rising star on Deco Drive, and cooking for various celebrities on visits. Never letting his love for music die, Cheflodeezy went to recording studios on his days off and wrote music before and after work on most days. Still, dream chasing and dropping music weekly, Cheflodeezy does this for the love of the craft.