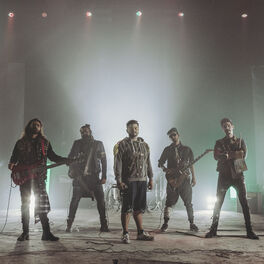 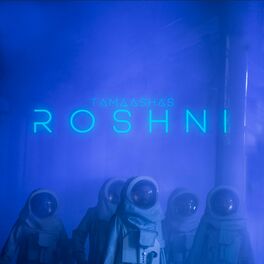 With a penchant for showmanship and an appetite for energy, Tamaasha promises what their name means; a show. Hailing from Karachi, Pakistan, Tamaasha exercises diversity from beefy riffage and dynamic vocals, to groovy funk and crooning blues! The band first formed in early 2013 when Bilal (vocals) and Anas (lead guitars) met in university and decided to play together. Ali (bass) and Hyder (drums) joined forces, and the four paraded the underground rock scene in Karachi as 'The Psychonauts'! After 4 years of playing, Zahid (guitars/keys/vocals) joined the band, leading to a rechristening to the name 'Tamaasha'. The band debuted for mainstream television by signing up for the acclaimed Pepsi Battle of the Bands' Season 3. Tamaasha blew the roof, becoming the first band in Pepsi BotB history by getting three, consecutive standing ovations from the judges for their first three performances, 'Raag Neela', 'Sajna' and their original song, 'Roshni'. 'Roshni' opened to massive critical and commercial praise, becoming an anthem for the rock community in Pakistan. Praised for their musicianship, stage energy, and energetic vocals, Tamaasha finished third in the competition, with Bayaan and Xarb leading the way. Since then, Tamaasha has performed across major cities of Pakistan and played various notable shows, including opening for the reunion of the legendary Pakistani sufi-rock band, Junoon. Tamaasha's music is licensed to Rearts Pvt. Ltd. imprint label rearts records.