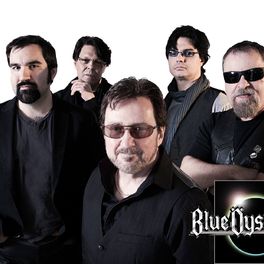 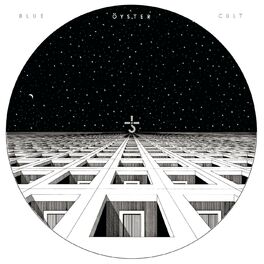 Don't Fear The Reaper: The Best Of Blue Öyster Cult

The Revolution By Night

One of America's best-loved and most enduringly successful hard rock bands, Blue Öyster Cult came up with one of heavy metal's most beloved anthems, "(Don't Fear) The Reaper," characterized by Buck Dharma's iconic guitar riff.

Initially calling themselves Soft White Underbelly, the band originally set themselves up as America's answer to Black Sabbath. Managed by Sandy Pearlman, they began to make their mark playing in New York clubs after Eric Bloom replaced Les Braunstein as lead singer, releasing their self-titled debut album in 1972. Tours with the Byrds, Mahavishnu Orchestra and Alice Cooper achieved a greater following before they had their major breakthrough with Agents of Fortune in 1976 which included "(Don't Fear) The Reaper." Collaborating with Patti Smith, the band maintained their status as one of hard rock's primary bands with 1978's Some Enchanted Evening and blistering tracks like "Godzilla," although the departure of founder member Albert Bouchard, one of their main songwriters, in 1981 (briefly returning in 1984) stifled their progress.

Despite further personnel changes, they remained a formidable live attraction for the next three decades with studio albums Heaven Forbid and Curse of the Hidden Mirror and the live record A Long Day's Night all receiving critical acclaim. In 2012, the original line-up reunited to celebrate the band's 40th anniversary but, tragically, the following year, founding member Allan Lanier passed away. Bouchard returned in 2016 to play shows in New York, Los Angeles and London where they played the Agents of Fortune album in its entirety. They announced in 2017 that they were working on new material and in October 2020 the band unveiled their fifteenth album, The Symbol Remains, which marked their first studio release in 19 years.