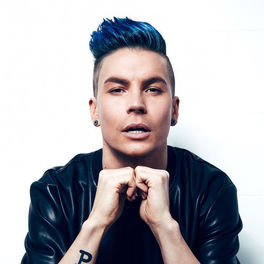 After winning the 2003 TV reality show 'Idols' in its inaugural season, the Finnish pop singer Antti Tuisku has enjoyed an impressive run of chart success. His debut album 'Ensimmäinen' released in the aftermath of his TV exposure went to number one in the Finnish charts and was certified double platinum in the process. A series of hit albums followed which proved the success of the debut album was far from beginners' luck, and during the next few years Tuiski grew to become one of Finland's most recognisable and popular pop artists.

To date the singer has recorded eleven albums and each release has made it into the top five in Finland's Albums Chart. The tally includes five number ones and two double-platinum selling albums with his 2015 'En Kommentoi' being generally regarded as Tuisku's stand-out recording.

In tandem with his career as a singer, Tuisku has also tried his hand at acting and is involved with promoting his own clothing brand through one of Finland's premier clothing brands.