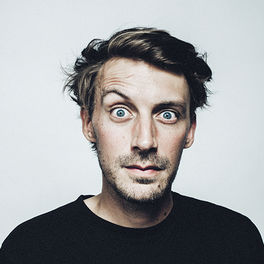 Away From The Sea

Living On The Edge Of Time

Living On The Edge Of Time (Bonus Version)

Too Slow to Disco NEO presents: The Sunset Manifesto

French producer, musician and dj, Yuksek released a series of maxis on worldwide labels Razor-n-tape, Sweat it out, Classic music, Glitterbox… and three albums: Away from the Sea (2009), Living on the Edge of Time (2011) and Nous Horizon (2017). These records have laid the foundation for a sound that combines disco, tropical and pop influences with a modern and darker electronic production. In 2013, he created his own label Partyfine and started writing scores for films and documentaries. As a true studio addict, he has collaborated with major artists such as Gorillaz, Phoenix, UGOD, Lana Del Rey, JD Samson, Gossip, Moby, The Magician, Alex Metric, Clara Luciani… His fourth album Nosso Ritmo is the perfect demonstration of his love for Brazilian, disco, house and deviant groove. With a bunch of featurings (Polo&Pan, Queen Rose, Confidence Man, Zombie Zombie…), Yuksek offers a generous dance music album, subtle and timeless, Nosso Ritmo, the rhythm that connects us. Yuksek will be touring in 2020, offering dj sets and a few live shows.