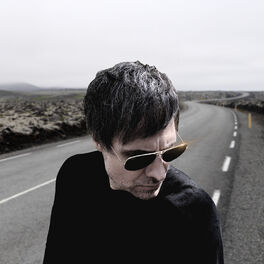 20 Years Of Damage: Chapter One

while the floorboards rot

I need you (feat. Pretty & Damage)

Dead by Dawn - Beyond the Gates

Damage is the Psytrance project of producer and Label owner, Deon Baard. From the Winelands of Paarl, South Africa, Deon started this project with co-producer James Copeland, also known as Broken Toy. They created a unique sound that challenged the Psy-trance culture with it`s harder than usual sound. Inspiration came from various genres of Dance Music, Hip hop and Metal. The focus was to create an aggressive sound that would shock people, yet keep them entertained on the dance floor. Powerful beats accompanied by high energy riffs and leads. Damage never followed any trends as this is a sure way to limit creativity and become mediocre. During the production of the debut album, the two producers decided to go their separate ways, at which point Damage became Deon`s solo project. The debut album, “Damage – God help us”, was released with Chemical Crew Records, Israel. Sales were successful and it gave Deon the inspiration he needed to continue his efforts with the project. Since the release of the debut album, Damage has released various singles on Psy-trance compilations and EPs. The second album, “Damage – Bad Creationz”, was another favorite amongst DJs and listeners. In 2014, Deon became the new owner of Terror Lab Industries. A Psytrance Label from Mexico on which there are plenty of Damage releases. This opened a huge door for him to push the limits, knowing that he would have total control of Damage releases. After gaining enough experience managing Terror Lab Industries, Deon decided to create the Record Label, Diss Master Records, and make Terror Lab Industries a sub division of the Record Company. While Diss Master Records focus on various genres of Electronic Dance Music, Terror Lab Industries will continue to release Psytrance killers as usual.